Gift of the Magi, The 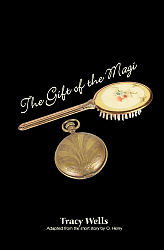 One of O. Henry’s best known works is “The Gift of the Magi,” which was published in his short story collection The Four Million in 1906. O. Henry is the pen name for William Sydney Porter, who was born in Greenboro, NC, and later lived in Texas and in New York City. In 1897, Porter was convicted and sentenced to five years in prison for embezzlement, though his guilt was much debated. While in prison, Porter began to write short stories under the pen name of O. Henry. After serving three years in prison, Porter was released and changed his name to O. Henry. O. Henry’s stories are famous for their humorous depictions of ordinary people and use of surprise endings. The O. Henry Award was established in 1918 and is awarded annually for outstanding short stories.