Necklace and Other Stories, The 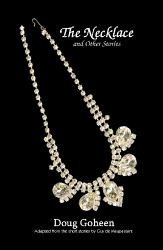 Considered one of the fathers of the modern short story, Guy de Maupassant wrote more than 300 short stories as well as six novels and several travelogues and essays. Maupassant was born to a wealthy family in France and was greatly influenced by his mother’s love for literature and by French realist and naturalist writers including Gustave Flaubert and Émile Zola. After college, Maupassant volunteered to serve in the Franco-Prussian War and then left the army to work as a clerk in the Ministry of Marine for ten years. “La Parure” (“The Necklace”) is one of Maupassant’s most famous short stories and first appeared in a Parisian newspaper in 1884 and was later included in Maupassant’s 1885 short story collection Tales of Day and Night. In 1891 after suffering from syphilis for many years, Maupassant tried to commit suicide and was committed to an asylum, where he died two years later. Before his death, Maupassant penned his epitaph: “I have coveted everything and taken pleasure in nothing.”