Tail of Peter Rabbit, The 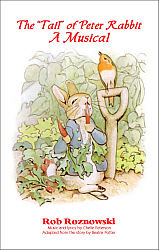 English author and illustrator Helen Beatrix Potter (1866-1943) wrote 30 books during her literary career and is best known for her children’s stories featuring animals. As a child, Potter kept several pets including mice, rabbits, cats, guinea pigs, and dogs. She also spent much of her time studying the flora and fauna of the Scottish countryside and of the Lake Country area of England. The Tale of Peter Rabbit was published in 1902 and is based on a story Potter included in a letter to her former governess’s ill son Noel. Potter married lawyer William Heelis in 1913 when she was 47 years old and the couple never had children. An avid conservationist and sheep breeder, Potter purchased several farms in Lake Country, which she bequeathed to the National Trust and are now part of the Lake District National Park.