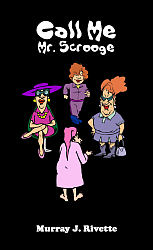 Charles Dickens (1812-1870) wrote A Christmas Carol in just six weeks, and it has remained his most popular work. After suffering from hardship and poverty as a boy, Dickens sympathized with the plight of the poor and felt strongly that social reform was needed to eradicate social inequity. The Cratchit children are thought to correspond to Dickens’ own children, and Tiny Tim is believed to be modeled after Dickens’s son, Tiny Fred.