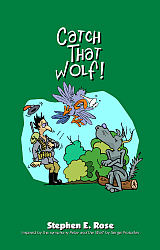 "Peter and the Wolf" is a children’s symphony that was written by Sergei Prokofiev in 1936 for the Central Children’s Theatre in Moscow. In the story, Peter asks a bird to fly around the wolf’s head to distract him so that Peter can lower a noose and catch the wolf by his tail. With the help of some hunters, Peter takes the wolf to the zoo and everyone celebrates with a victory parade. "Peter and the Wolf" was first performed at the Moscow Conservatory with the Moscow Philharmonic on May 2, 1936. It debuted in the United States in 1938 at Symphony Hall in Boston with the Boston Symphony Orchestra.