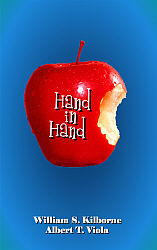 Song Clips
Don't Eat the Apple
Getting Even
Heaven's Not the Place It Used to Be
Something's Missing
My Name's-a Rafael
Consider It Done
Make Way for Man
I Never Knew How Much I Loved You
One, Two, Three

MUSICAL. This humorous version of the story of Adam and Eve will dazzle audiences with its wit, amusing characters, and delightful songs. One day, Adam confides in God that while he enjoys the bountiful plants and animals in Eden―except the unicorn, which really isn’t working out―he feels something is missing. To appease Adam, God creates Eve to serve as his companion. Soon the messenger angel Rafael arrives and delivers a singing God-o-gram to Adam and Eve, warning them that Satan is on the lam in hell and may pay them a visit. Disguised as a snake, Satan arrives in Eden and easily dupes Eve into eating an apple even though God told Adam and Eve that they should never eat the apples but instead stick to other fruits and vegetables like parsnips and persimmons. As they are cast out of Eden, the couple stops bickering and blaming each other for the Fall and discovers “how beautiful to walk from Eden hand in hand.” Inspired by John Milton’s “Paradise Lost,” this easy-to-stage, non-denominational musical features 15 original songs.

Award-winning playwright, William S. Kilborne, is a poet, lyricist, essayist, and English instructor. Mr. Kilborne is a graduate of Yale University and earned his master’s degree from New York University. He has two children and two grandchildren.


Albert T. Viola (1942-2009) was an award-winning actor and playwright who appeared on Broadway, Off-Broadway, and in television and motion pictures. Mr. Viola also served as a faculty fellow in Mathey College at Princeton University.