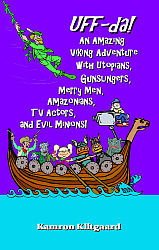 In Norse mythology, the afterlife is known as Asgard. Valhalla (“Valhöll” in Old Norse) is a great hall located in Asgard and is ruled over by the god Odin. Only the souls of the bravest and most honorable Vikings are permitted in Valhalla. The Valkyrie (“valkyrja,” meaning “chooser of the slain” in Old Norse) are fierce female warriors responsible for guarding Valhalla, selecting which souls will be allowed into Valhalla, and then leading those souls over a rainbow bridge called Bifröst to Valhalla.