House of the Seven Gables, The 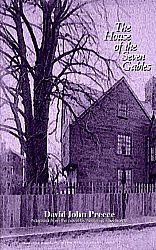 CLASSIC. Adapted from the novel by Nathaniel Hawthorne. After refusing to sell his land to rich landowner Colonel Pyncheon, Matthew Maule is hanged for witchcraft and places a curse on Colonel Pyncheon before he dies: “God will give you blood to drink.” Colonel Pyncheon takes possession of Maule’s land and builds a grand mansion known as the House of the Seven Gables on the site. However, the Maule curse plagues the Pyncheon family over the next 200 years as a series of tragedies devastate the family and lead to its spiritual and financial ruin. Destitute, Hepzibah Pyncheon, the current resident of the decaying house, has to swallow her pride and open a small shop in the home to support herself and her brother, Clifford, who has just been released from prison after serving 30 years for a murder he did not commit. The gloom hanging over the house starts to lift when Phoebe Pyncheon, a distant relative from the country, appears at the house and convinces Hepzibah to let her stay on to help out with the shop and tend the garden. Soon love blooms between Phoebe and Mr. Holgrave, a boarder at the house and who has been concealing his identity as a descendant of Matthew Maule. In the end, the family discovers that only the love between a Pyncheon and a Maule can transcend the sins of the past and end the curse for future generations. Winner, Best Original Play, New Hampshire Theatre Award, 2009.