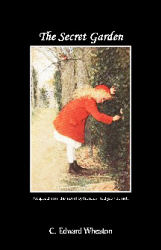 CLASSIC. Adapted from the 1911 novel by Frances Hodgson Burnett. After her parents die of cholera in India, Mary Lennox is sent to live with her rich uncle, Archibald Craven, at his sprawling estate in Yorkshire, England. At the manor, Mary is confined to two rooms and told that she must amuse herself. She learns that her uncle, who is still grieving the death of his late wife, has locked her garden and hidden the key. With the help of a robin, Mary discovers the key to the Secret Garden and sets to work caring for the neglected plants. One night, Mary hears a child’s distant cries and follows the noise into a bedchamber. To her surprise, Mary discovers Colin Craven, her cousin, who has been bedridden since birth. Mary visits Colin every day and cheers him up by telling him stories about her life in India and the Secret Garden. Mary convinces Colin to visit his mother’s Secret Garden, and Colin and Mary soon discover the garden’s magical healing powers.