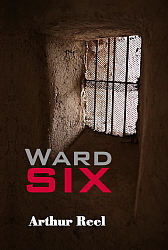 DRAMA. This adaptation of one of Anton Chekhov’s most influential short stories, “Ward Six,” (1892) depicts the horrors of a Russian mental ward. An idealistic new doctor accepts a post at a hospital in a small town, where he hopes to dedicate himself to helping mental patients. But after witnessing patients being mercilessly beaten, Dr. Rabin seeks the help of the hospital administrator, but his requests are ignored. Disillusioned, Rabin befriends a patient, Ivan Gromov, but their discussions eventually lead Rabin to see the world anew, blurring the lines between sanity and insanity, reality and illusion.